Some ecological survey work can be limited to certain times of the year due to seasonal constraints. Certain factors, such as weather conditions, and breeding seasons mean that some surveys can only be undertaken during certain months of the year when the conditions are right.

The protected species survey calendar below highlights the optimal times of the year to survey for each species. 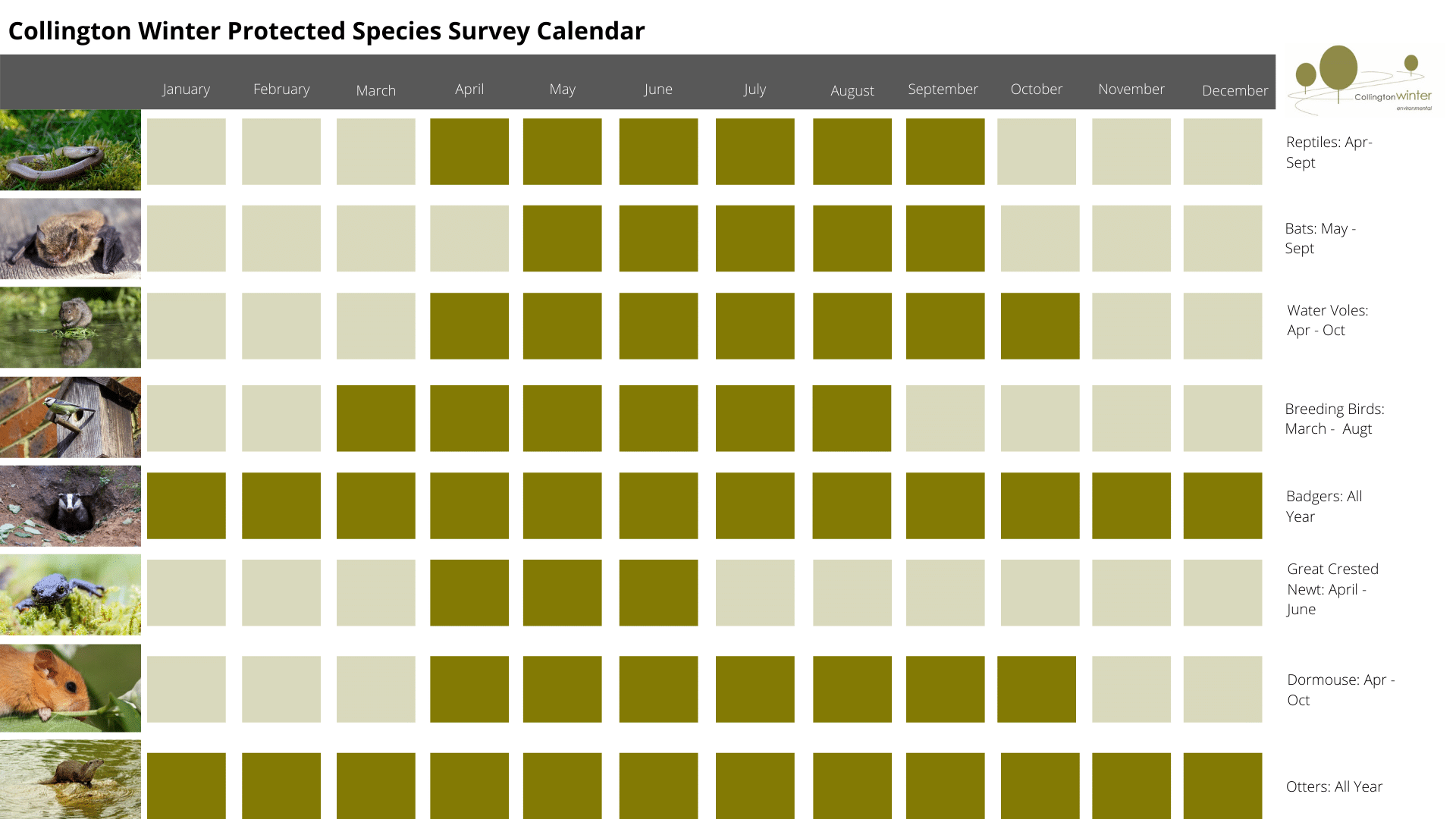 Water Vole Surveys: This type of survey should be carried out during breeding season, between April and October.

Breeding Bird Surveys: Breeding bird surveys must be carried out between the months of March and August.

Dormouse Surveys:  Dormouse surveys should generally be carried out between April and October.

Our Ecology Director, Olivia Collington is an experienced Chartered Environmentalist with the Institute of Environmental Science. She holds Natural England Bat and Great Crested Newt licences, as well Natural England Badger Mitigation Licences. She has worked with protected species across the UK, undertaking field surveys and writing scientific, readable reports for submission at planning.

We provide ecological services to provide a holistic and innovative approach to development. We are fast paced problem solvers, working with clients to find solutions where others cannot.

We are passionate about ecology and complete every project with a high level of professionalism. With current offices located in Manchester and Dumfries, the team are well served to work nationwide. Over the years, we have built strong relationships with key stakeholders across the UK.

We use cookies to ensure that we give you the best experience on our website. Please confirm that you are happy with the use of cookies.OkNo